I had never gotten a C in my life.  I had always been a straight-A student, due to my perfectionistic tendencies and the fact that I simply loved to learn new things.  The C threw me, and it shook my self-esteem.  I don't think I've ever fully recovered from it.  Although, thinking back on it, I probably deserved a C, because it was actually a pretty bad talk.

The talk was for a youth ministry class in college.  We were supposed to give a talk to our class as if they were teenagers.  I'd never really given a quote on quote, "talk," to teens before.  I'd led a lot of Bible studies, worked with every age group at camp, led songs and small groups for students, began a drama ministry...all of that, but never a full-blown "talk" per se.

You see, I'm not a speaker.  At least that's what I've always been told, and have continually told myself.  Others in my class were great speakers.  Others became good speakers after many years of speaking to youth and adults.  Some even went on to speak at large events, including the Creation music festival.  But, not me.  Did I give many talks at youth group?  Sure.  Did I lead lots of Bible studies, definitely.  Did I take the Dale Carnegie course and improve my speaking?  I did, and I improved a lot.

However, if you had asked me 20 years ago, or even 5 years ago, if I'd ever be a speaker at a conference, I would have said no.  I probably would have laughed in your face and then turned away and ran.

So did Moses.  In The Message version of Exodus 4:10, it says that "Moses raised another objection to God:  'Master, please, I don't talk well.  I've never been good with words, neither before nor after you spoke to me.  I stutter and stammer.'"

Well, recently, God asked me to do just that.  I have been writing/editing curriculum for preteens through www.fourfivesix.org for the last couple of years, after having worked with preteens for about 11 years.  The director emailed me, knowing that their online conference for preteen leaders was coming up.  He said, "I was thinking of who to ask to speak, and your name came up."

My first thought was "No."  "Absolutely not. I'm not a good speaker."  But, instead of letting my initial reaction take over, I waited.  That afternoon, I turned the page in my calendar, and this is what it said: 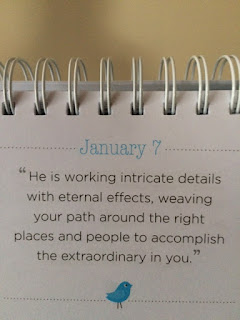 I stopped and stared at it.  Just a few days before, I had been praying for God to use me in big ways in 2019 and to help me to accomplish great things for His Kingdom.  When I read this message, I knew I had to consider speaking at the conference.

I sat down and wrote out some possible ideas for what I would speak about, and the ideas came pouring out of me. That was when I realized that I had to say yes because I really did have something to say!  A couple of weeks later, God confirmed my decision as our pastor talked about living a purposeFULL life. To do this, we needed to do the one thing that God has been asking us to do, but we've been avoiding.

As I wrote the talks for the two breakout sessions that I would be leading, I realized that I really did have a lot to teach others about the two topics.  So, why would I not want to share what I had learned, so that other preteen ministries could benefit from my experiences?

Well, last week, I did.  I spoke at the 2019 Preteen Leaders Conference.  Here I am! I took a photo of myself on the screen.  Not so I could brag about it later, but to prove to myself that I actually did it!  Who'd have thought that I, Alisa Laska, would actually be a conference speaker?  It just goes to show, never say never.  Especially to God!

During the conference, God was speaking to me as well.  Isaiah 43:19 was our theme verse for the conference: "See, I am doing a new thing!  Now it springs up; do you not perceive it?  I am making a way in the wilderness and streams in the wasteland."  (NIV)  Our theme was "What if...?" and we talked about how to think about things in ministry in new or different ways.  One of our opening speakers, Ryan Frank, said that we should start by understanding who we are as individuals.  To become acutely self-aware about how God has wired you and to be ok with that.  Don't compare yourself to others.  You bring a special gift to the kids you minister to that is uniquely yours.  Embrace and celebrate who you are and how God has wired you to serve him.  Another speaker, Jim Wideman, said that we shouldn't ask what others are doing that is working, but instead, we should be wondering, "What is God asking ME to do?"

I know, as Moses did, that God might not have wired me to be an amazing speaker.  I'll never be Billy Graham or Barack Obama.  But, I'm ok with that.  I've learned from this experience that God wired me to be uniquely me, with passions, gifts, and skills that only I possess.  I have experiences in ministry that I can teach others, who will then teach their preteens.  I decided to say yes to God, because he can equip us, through the Holy Spirit and His work and power within us, to do anything He asks of us.

What is God asking YOU to do that you are hesitant to commit to?  Say YES to God and you'll be amazed at all that He can accomplish through a willing heart.  "See, I am doing a new thing!" 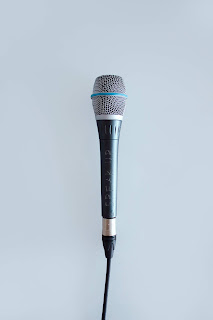